I keep telling about the road trip my family and friends explored in the Caucasus. We decided to stay at the same hotel and set out on a day trip. Our purpose was the Guamka gorge.

Despite the short distance, we let our desires run wild, tested our UAZ Patriots in a real off road and drove along the mountain-forest road. In the beginning we drove about 12 km along a gravel poor track towards Mezmay. Mezmay is a village, once inhabited by Highlanders, then by Cossacks, by loggers and finally by gold miners. It was here that the narrow-gauge railway was laid from the village of Guamka through a narrow mountain gorge. 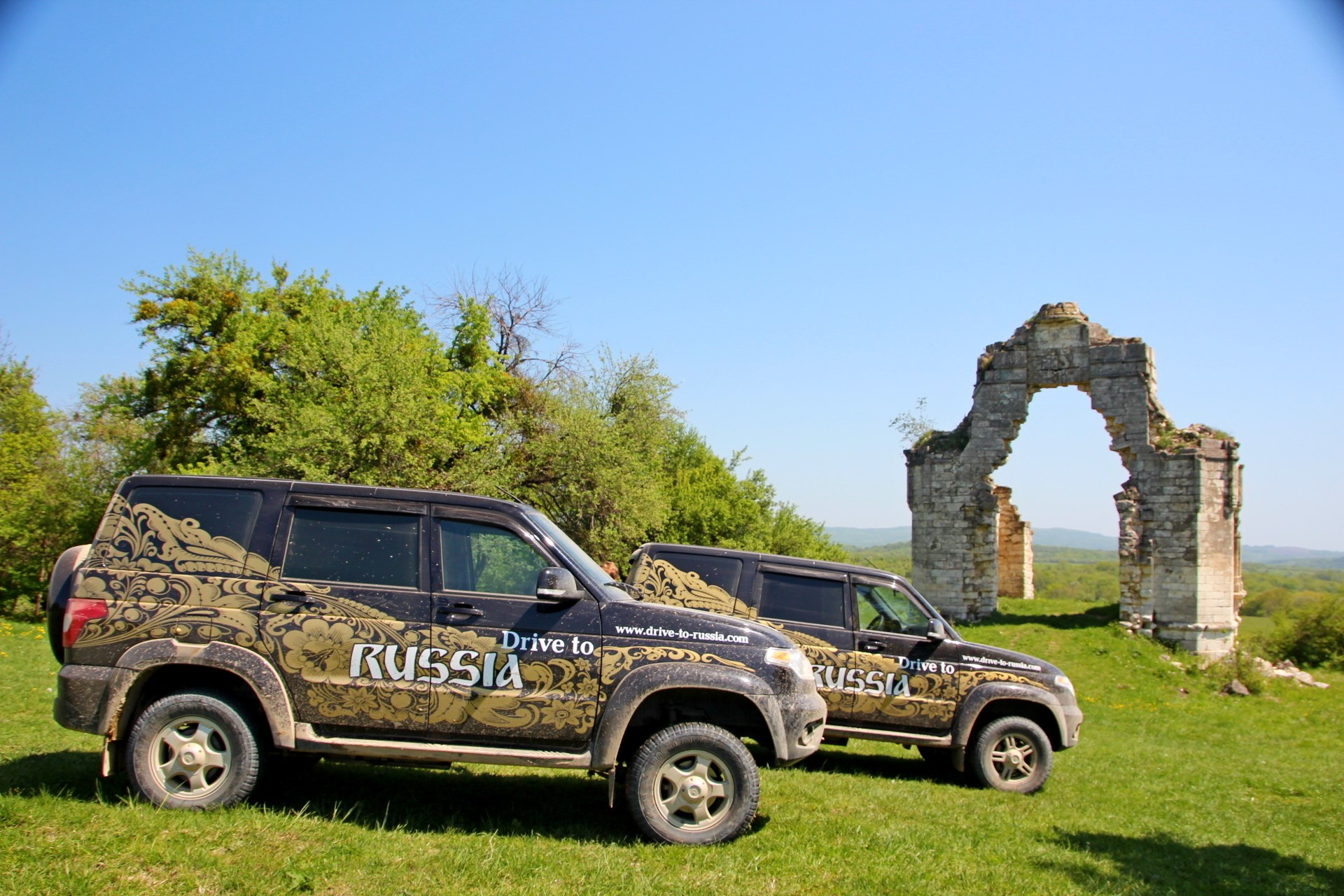 The valuable timber from the plateau Lagonaki was transferred on this railroad. Today, the timber industry in these regions has become only a chapter in history, and a small point with a population of about 1000 people is being developed exclusively as a center of mountain tourism. After Mezmai, we went up the pass.

To be honest, we were lucky with the weather, in the rain we would not have passed here, even despite UAZ is very passable SUV.

We descended to the Guamka gorge, the main attraction of the area, only by 4 o’clock. Indeed, the gorge differs completely from anything that can be seen in this area. Narrow, deep canyon at the bottom of which the Kurdzhips River flows in sweeping curves, masterfully sharpening a path in the rocks. The deep gorge reaches up to 400 meters in some places, it is 3.5 kilometers long and 5 meters wide, but in some places the gorge narrows to two meters. 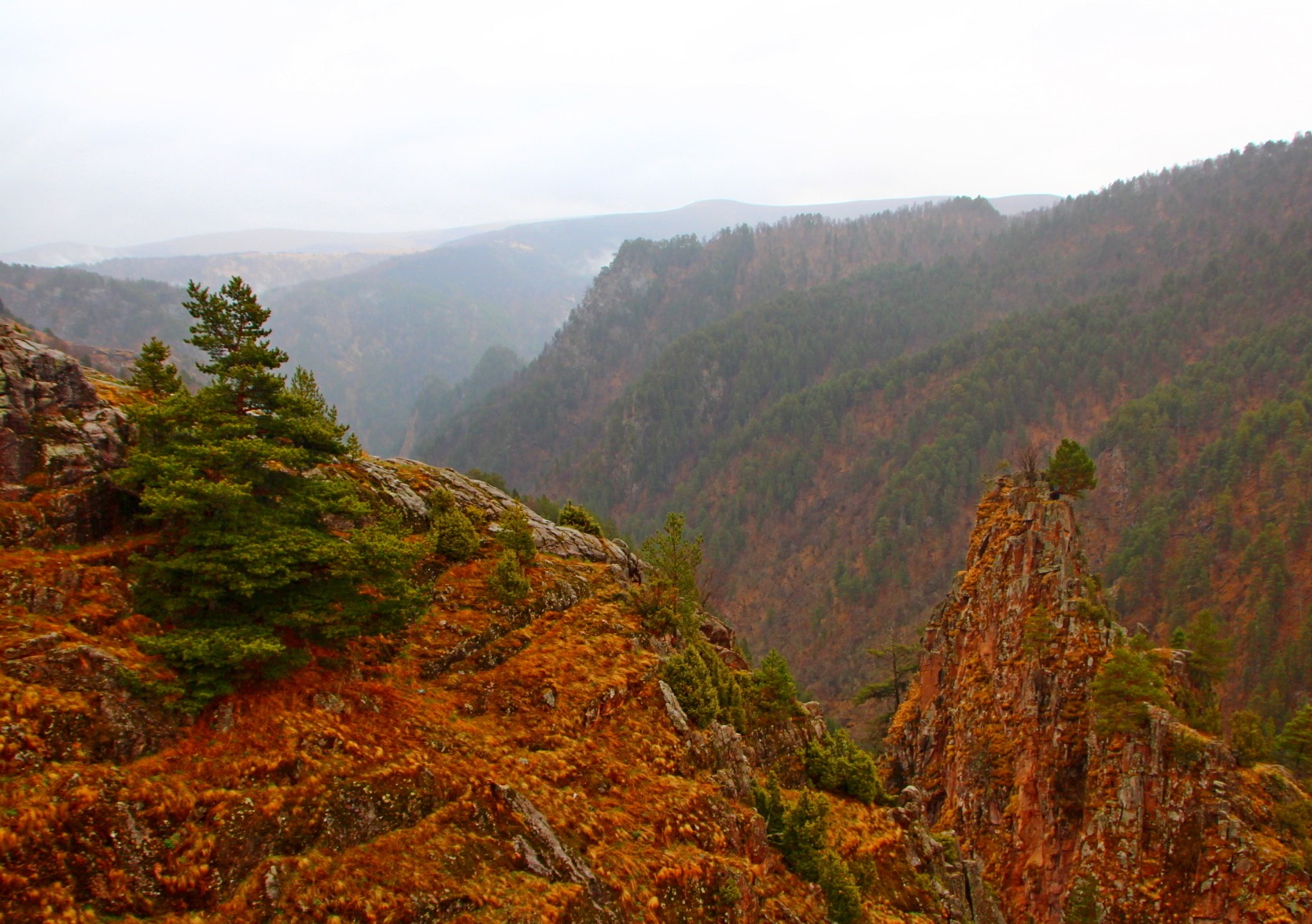 It was then that we saw the famous train with four charming wagons, that used to be freight, transporting wood, and now became passenger. The road itself no longer reaches Mezmay and ends after a kilometer and a half. It was destroyed by a landslide, but sometime after it was restored as a tourist attraction. Now the excursion train runs like a snake through the meanders of the gorge showing the amazing beauty to tourists. We decided to take a walk. The first impression after we stepped into the coolness of the gorge was admiration. It seemed that we were in a prehistoric world, where the irrepressible Kurdzhips is rapidly carrying its emerald waters, throwing up bright white foam on the steep sections of the silver waterfalls. 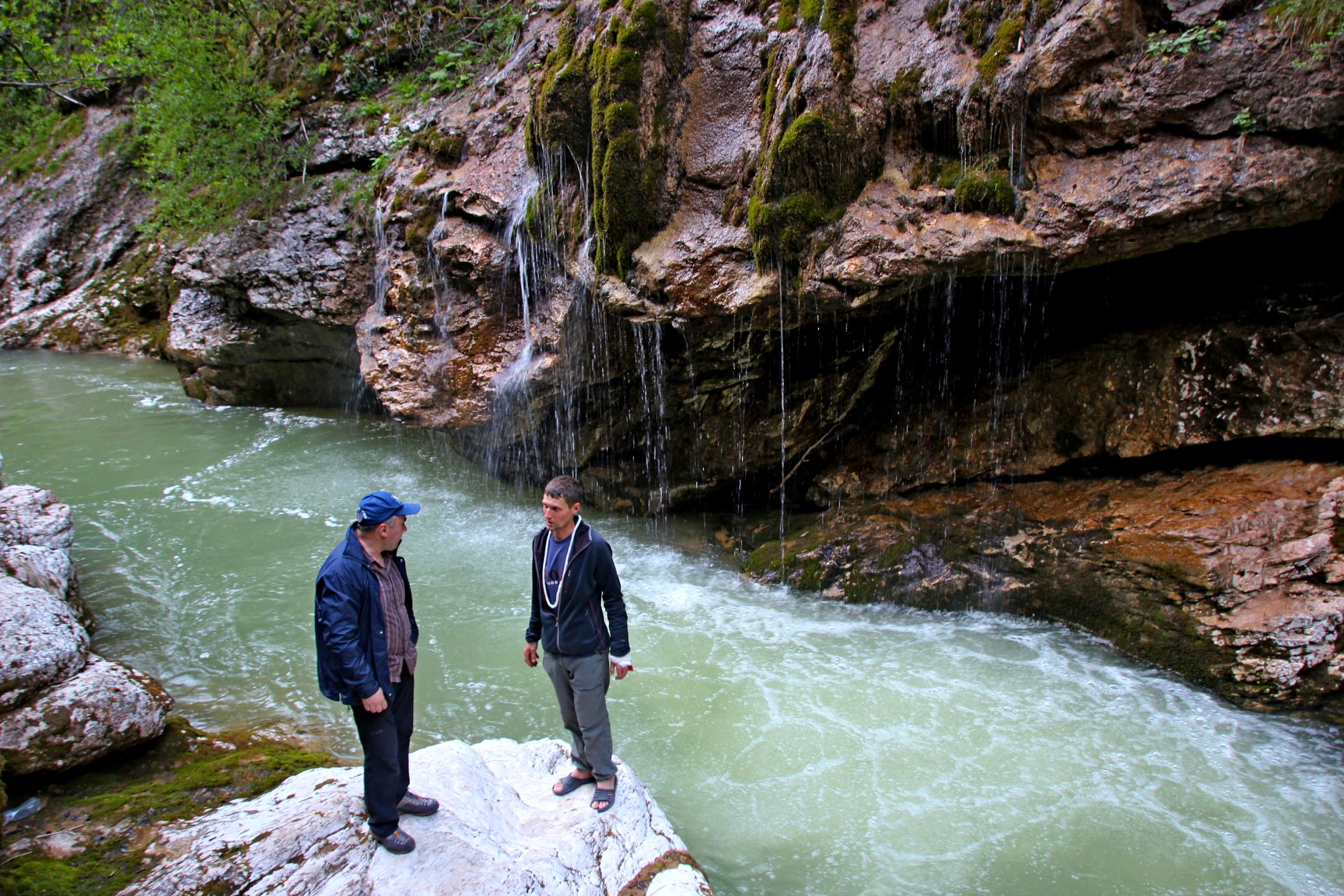 Silvery streams of waterfalls are also visible on the deep green walls of the gorge, where lianas overgrown with thick moss rush down along with the waterfalls. Inexhaustible admiration is caused by the outcrops of rocks on the sides of the river. Those are limestone lying horizontally in layers of different colors, as if telling us about the antiquity of its origin. The variety of vegetation covering the gorge makes everyone who sees it immediately fall in love with this place. It seems like you find yourself in a Rain Forest, although you understand that in Russia it is basically impossible. We simply enjoyed the incredible beauty for a kilometer and a half. Along the way, the railway has several viewpoints. Since we missed the last train, we decided to get back on foot through the empty and plunged into the gloom gorge. Well, the road back to our hotel was very calm.