Home >News and Blogs >A trip to Kislovodsk

A trip to Kislovodsk

Traveling through the Caucasus, it is impossible to miss the resort cities located on mineral springs. One of those cities is Kislovodsk. We also decided not to ignore this beautiful resort during our trip. Therefore, all our rides along the Caucasus roads described in previous posts were of a radial nature. We settled in the heart of the Сity Park. And the whole day was devoted to walking around the spring city. A bit of history.

The official history of Kislovodsk dates back to 1803- the date of the Foundation of the military fortress at the "Sour well" - the source of Narzan. However, the mineral water itself has been known since time immemorial. Its miraculous healing power quickly became legendary. The sacred spring in the picturesque valley was deeply revered by the Highlanders. And even with the appearance of the military fortress, the interest in the source never disappeared, but on the contrary, spread. Every summer, a spontaneous tent camp was formed here. People dug holes, filled them with mineral water and bathed there. The "Sour well" attracted audiences of all ranks and rates- among others, there were high-ranking officials, famous poets and royalty. Later, a settlement known as Soldatskaya Sloboda was formed here. 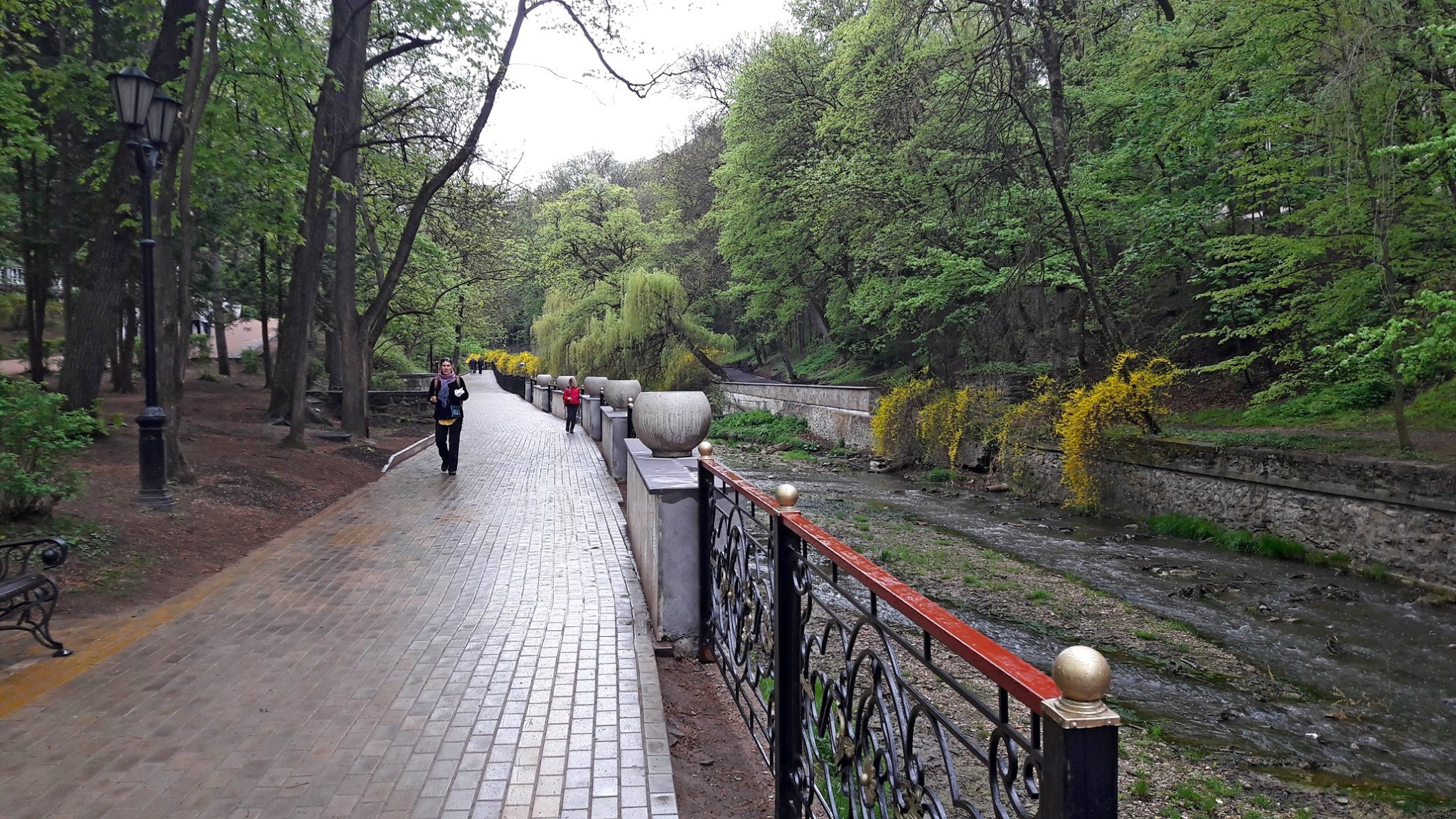 In 1812, a simple three-tub bathhouse was built at the source. Narzan was provided there through wooden pipes. Mineral water was heated in huge samovars, inside of which there was a metal stove, heated with firewood.

In 1820, the poet Alexander Pushkin visited the Kislovodsk fortress. Another famous Russian poet, Lermontov, also came here. In 1894, the Kislovodsk railway station was built near the springs. And from that time the settlement began to grow and develop.

In 1903, Kislovodsk Sloboda received the status of a city, which, in its turn, became the "summer capital" of Russia.

Indeed in summer season, the cream of Russian society comes here, which leads to rapid resort construction. Nowadays the center of Kislovodsk is decorated with beautiful buildings, parks, and walking areas. It is still a great place for rest and relaxation.

During the days we went to the mountains, in the evenings we walked along the beautiful lit streets of Kislovodsk. And when it was time to return home from our trip, we stopped by another equally famous resort city - Pyatigorsk. But I will tell you about this city later. The most interesting fact is that we met there our good friend Luis Wee. A few years ago we discussed the possibility of road trips to Russia with him (Rainforest Trophy)This time Louis came to this region for the opening of one of the Russian stages of the world-famous rally race RainForest Challenge (RFC) and, by chance, we met in the vicinity of Pyatigorsk. Such meetings are not accidental and never pass in vain. Luis and I have prepared a surprise for you - New program - Winter road trip in Russia as a part of RFTWS! 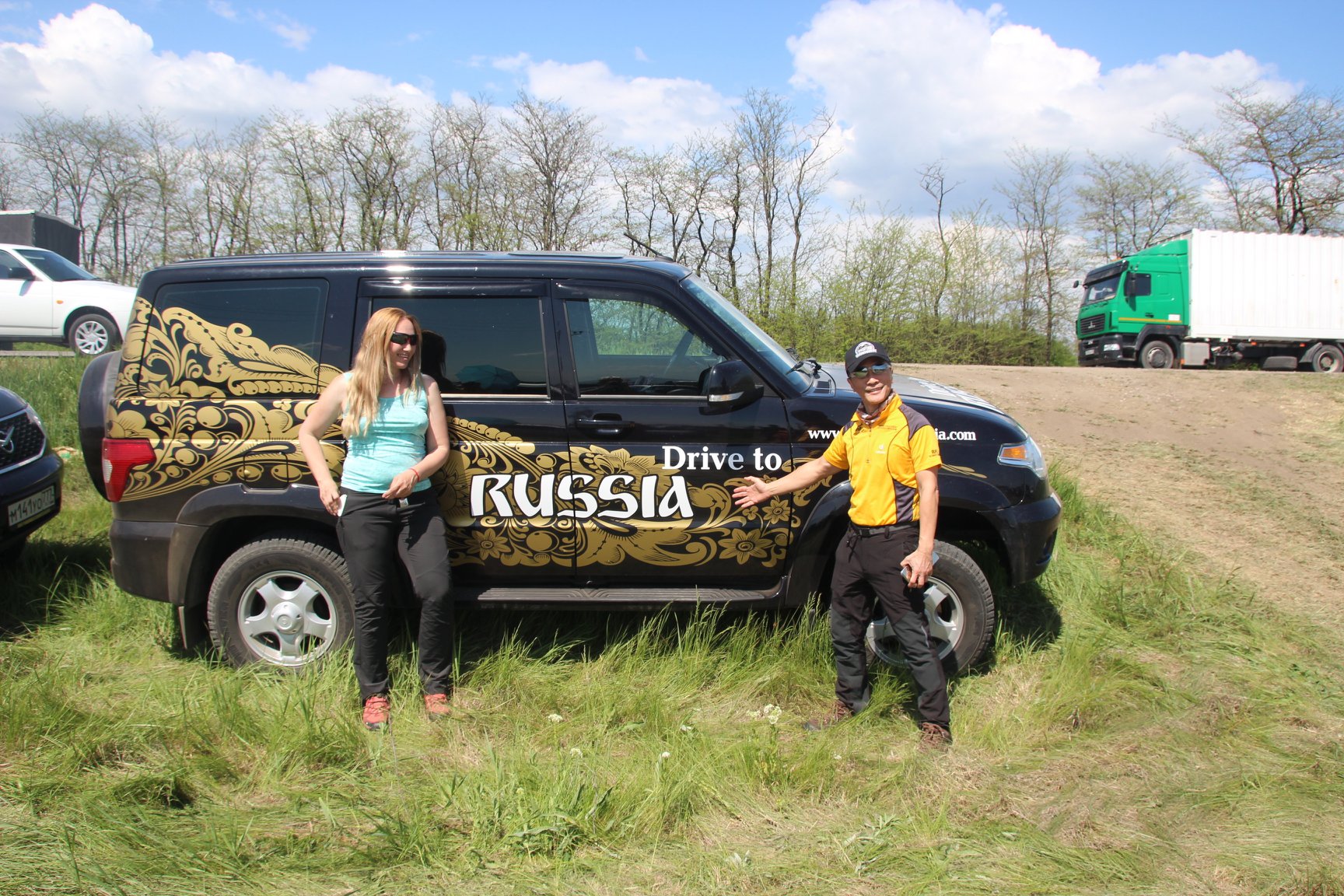