Moscow, Saint Petersburg, Siberia, Baikal, the Ural mountains, the volcanoes of Kamchatka, Sochi Olympics, the Trans-Siberian railway, the Golden Ring, vodka, red and black caviar, pancakes, borsch, pelmeni, Matryoshka dolls, gorgeous ladies, Ushanka hats, valenki boots, bears, extreme cold, largest country in the world – this associative array can be endless, but one will immediately guess that Russia is the common denominator for all of the above.

Covering the mind-blowing 17 million square kilometers on the world map, Russia has always been and still remains attractive for tourists, and road trips is what comes natural for car travel aficionados, considering that we have roughly 1,5 million km of roads to explore. Even larger areas in Russia have no road coverage at all and are therefore considered pristine, which holds much potential for tourism in the future.

We find a balance in our tours to include both the world famous landmarks easily acessible by paved roads and the magnificent places that can only be navigated by 4WDs on challenging off-road segments. We invite our guests on the routes covering impressive distances and containing nature marvels outside the regular tracks; see Mt. Elbrus, the highest mountain peak in Europe, or Lake Baikal, the largest freshwater reservoir in the world.

Russia is the only country in the world that includes 8 climate zones - from the Subtropics to the Polar Circle. Traveling by car, you can go from the Arctic ocean to the Pacific and experience a rich palette of natural ecosystems, from the Polar tundra to the thick woods of the taiga, from the alpine grasslands to the steppes, with temperatures at times varying from + 28 °C to -28 °C in different parts of the country.

Russian winter is known all over the world for both the severe frosts, abundance of snow, and the unique opportunity to drive on the ice of frozen lakes and rivers. Indeed, Russia is the most winter-fun place in the world. You can easily meet children playing outside in the strongest frosts: rolling in the snow, building snowmen or snow fortresses, playing snowballs and skating. Our guests get to ride horse drawn sleighs or dog sleds, go ice fishing and participate in colourful festivals. 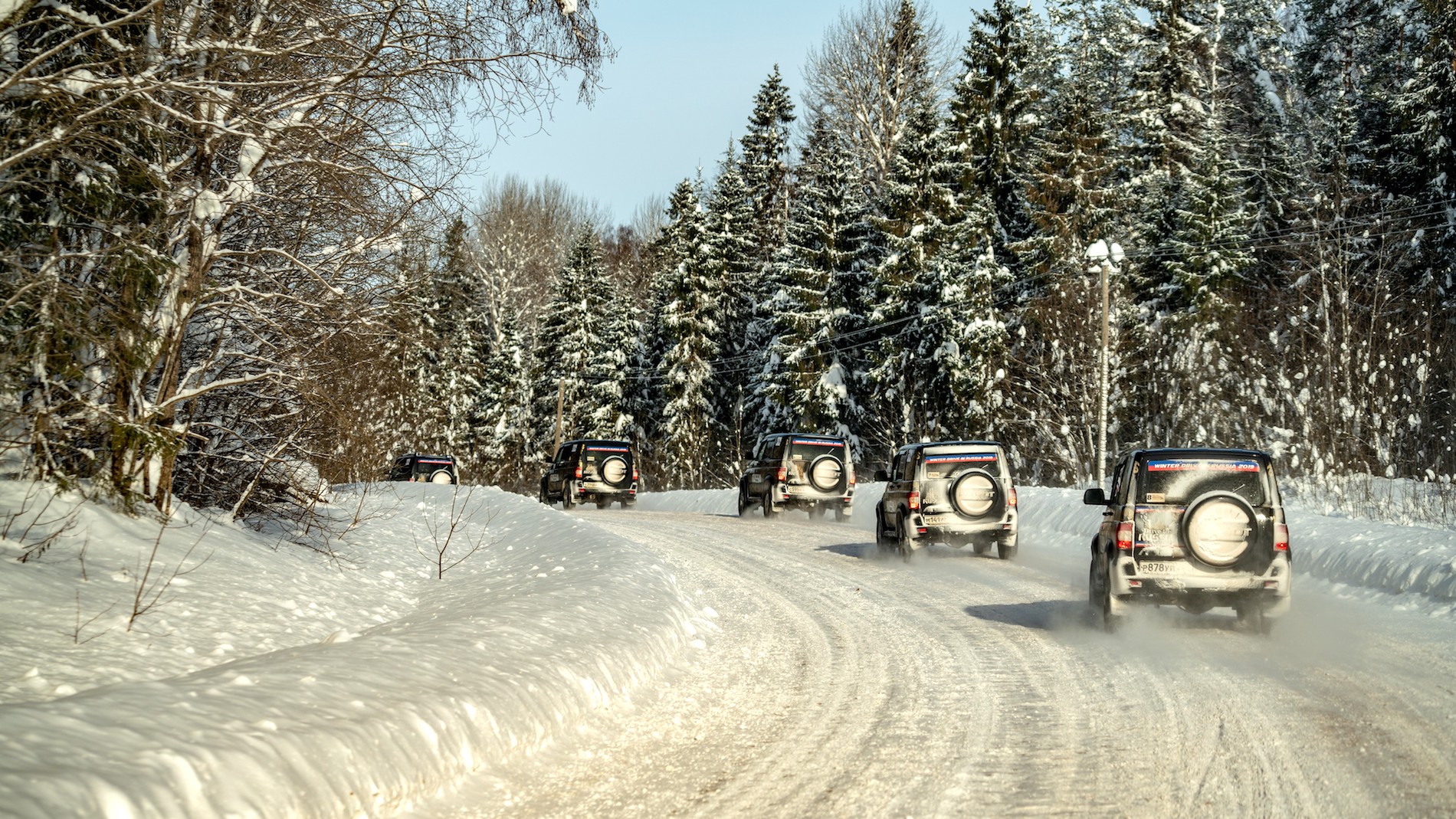 The Aurora Borealis is a natural phenomen worth taking a drive to the Kola Peninsula – join our trip to the Arctic to the never-freezing Barents Sea and chase the Northern Lights. Summers are quite warm, and plain hot in the southern regions. Revel in the colours and scents of spring in the Caucasus, or visit the best beaches on the Black Sea in Sochi.

Each region is unique and presents its own distinct peculiarities: ethnic background and languages spoken, history and religion, nature and urban areas.

Moscow, Russia's capital, is a real metropolis with a population of more than 12.5 million people. Rich in terms of cultural and historical heritage, it is considered to be the most remarkable city in Russia. Every guest may find themselves strolling around Moscow for hours on end, as things to see and do are plenty: visit the enormous fortress of the Kremlin, view the largest collection of Russian art at the Tretyakov Gallery, ascend to the top floors of the Ostankino TV Tower, the highest building in Europe, or join a cruise along the Moskva River to see the legendary landmarks from an unusual angle.

Russians are fairly proud of the nation's legacy of scientific and technological achievements. Learn how the Soviet space program evolved in the Moscow Museum of Cosmonautics, inspect a former underground ICBM command post, drop by the furst nuclear powered icebreaker in Murmansk, the largest city within the Polar Cirlce. Get an overview of the Russian military equipment in Patriot Park or get an board an actual diesel submarine.

Be certain to find the most exquisite arhitecture and museums right and left in St. Petersburg, the world renowned hub of elaborate buildings and wonderful art galleries. Former Winter Palace of Russian Emperors currently houses the Hermitage, one of the largest museums in the world with millions of unique paintings, sculptures and other exhibits.

Travel to Russia is a journey beyond time. In large cities, one can choose to stay in modern luxury hotels that meet the highest requirements and standards. While distant Russian provinces show you the real Russian wooden chambers of the past, preserving their unique architecture, ready to welcome you for the night and provide modern amenities (the ones heated by a wood-burning stove and water carried from a well are also still present!). While Russia is often perceived as a Christian nation, and Orthodox Christianity played a significant role in its development, it may be important to mention that, in several regions, the majority of the population is Muslim, while Jewish and Buddhist minorities also enjoy full acceptance.

Large cities with over 1 million of inhabitants: Nizhny Novgorod, Saratov, Astrakhan, Stavropol, Tambov, Novosibirsk, Yekaterinburg, Kazan, and many others, each pride themselves on the modern infrastructure and architecture. At the same time, many regions boast well-preserved traditional structures dating back as far as the Middle Ages. 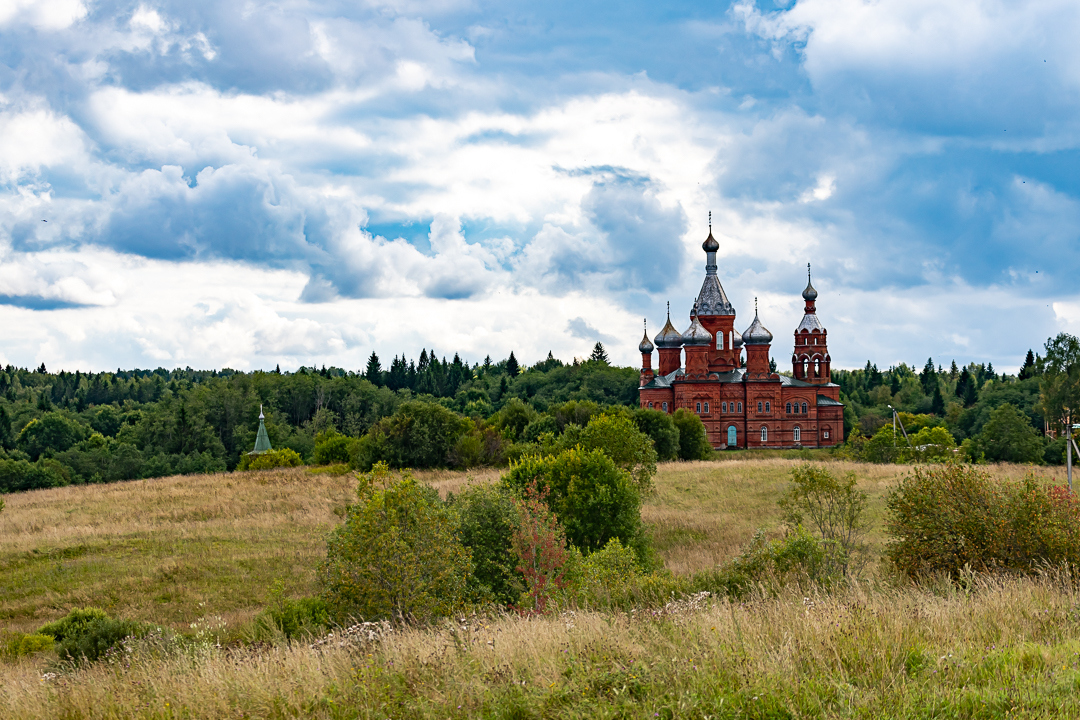 Another brand of the country is the Russian Banya, the traditional steam bath. We make sure to offer a visit to the banya when outlining the itineraries.

Russian cuisine is as diverse as Russian nature. Do not miss the most incredible dishes: the soups (especially cabbage and beetroot), the abundance of fish (and caviar!), the Kamchatka crab, reindeer meat, and, of course, pirozhki and pelmeni – the characteristic pastries and dumplings stuffed with a whole range of fillings.

Ethnic song and dance shows are definitely an impression that will stay with you for years.

To summarise, it will probably take decades to see all the corners of our beatiful country and one trip is rarely sufficient. Our guests gladly return again and again looking forward to discover and enjoy new facets of Russia!